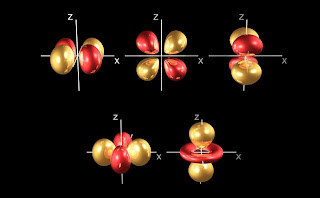 Quantum information has leapt through the air about 100 kilometers or more in two new experiments, farther and with greater fidelity than ever before. The research brings truly long-distance quantum communication networks, in which satellites could beam encrypted information around the globe, closer to reality.


Both studies involve quantum teleportation, which transports the quantum state of one particle onto another. This Star Trek–like feat is possible because of a phenomenon called entanglement, in which pairs of particles become linked in such a way that measuring a certain property of one instantly determines the same property for the other, even if separated by large distances.

In teleportation, two people — physicists call them Alice and Bob — share one each of a pair of entangled particles. Alice measures a property on her particle and sends Bob a note, through regular channels, about what she did. Bob then knows how to alter his own particle to match Alice’s. Bob’s particle then possesses the information that had been contained in Alice’s, which was obliterated by her measurement. Thus the information has been “teleported” from Alice’s lab to Bob’s.

Physicists first teleported quantum information in 1997 using a single pair of entangled photons, or particles of light. Since then researchers have slowly upped the ante, teleporting with larger groups of photons, over longer distances and sometimes using atoms as the entangled particles.

In 2007 Anton Zeilinger of the University of Vienna and his colleagues set a distance record by using a pair of entangled photons to transmit a piece of quantum information over 143 kilometers, between two of the Canary Islands. In new work, posted online May 17 at arXiv.org, the team reports a cleaner and more robust version of the same experiment using multiple entangled photons.

This time around, the scientists added a phase shift into the laser beams that made the final measurement cleaner and easier to pick out from background signals. The technique, called “active feed-forward,” is “an essential ingredient in future applications such as communication between quantum computers,” Zeilinger and his colleagues wrote. Team members declined interviews because the paper is not yet published.

“Our experiment confirms the maturity and applicability of the involved technologies in real-world scenarios, and is a milestone towards future satellite-based quantum teleportation,” they wrote.

In the second experiment, Chinese researchers entangled many photons together and teleported information 97 kilometers across a lake in China. That’s two orders of magnitude farther than any other multiphoton teleportation experiment, say Jian-Wei Pan of the University of Science and Technology of China in Shanghai and his colleagues. The work appeared online May 9 on arXiv.org.

Pan’s team also developed a way to track moving teleportation signals more accurately, which again could help make the final result more robust. “Our results show that even with high-loss ground to satellite uplink channels, quantum teleportation can be realized,” the scientists wrote.

Both Zeilinger and Pan next want to teleport information to a satellite in low-earth orbit. That distance is about three times that already accomplished in the Canary Islands, but because there are fewer air molecules to interfere with the signals at higher altitudes it may be easier to do.
at 18:17